GM Ian Nepomniachtchi (“Nepo” for short) is a Russian super grandmaster who won the 2020-21 Candidates Tournament and challenged GM Magnus Carlsen for the 2021 World Championship.

Nepomniachtchi has a terrific overall record against world champions. At standard time controls, he has positive scores against GM Vladimir Kramnik (+5 -4 =4), GM Viswanathan Anand (+3 -2 =5), and even had a winning record against Carlsen (+4 -1 =6, with two wins coming during their youth careers) before their 2021 match. Nepomniachtchi also has positive records against GM Anatoly Karpov (+2 -0 =0 in 2013) and GM Garry Kasparov (+2 -0 =3 from 2017-21) in rapid/blitz, the only formats he has played them in.

A Chess.com member, Nepomniachtchi plays under the account lachesisq. In 2021, he signed a sponsorship deal with Chess.com.

In the opening, Nepomniachtchi almost always begins with 1.e4 as White with some English (1.c4). As Black, he typically plays the Sicilian with an occasional French against 1.e4, and the Grunfeld is his main weapon against 1.d4. In the 2021 World Championship, Nepomniachtchi changed his openings with Black, responding to 1.e4 with 1...e5 instead of 1...c5.

His middlegame is generally marked by an attacking style, which is perhaps best demonstrated by this game from the 2017 Grand Prix at Sharjah. Nepomniachtchi is also a strong player in rapid and blitz games, where the ability to attack and force difficult decisions for the defender is paramount.

Nepomniachtchi was born in Bryansk, Russia, a city of about half a million population approximately 400 km southwest of Moscow. He played chess from a very young age, about four, and won three straight European championships in his age group from 2000-02. Nepomniachtchi continued to improve, gaining about 100 rating points every two years. Quite literally every two years: He achieved 2400 for the first time in April 2003, 2500 in April 2005, and 2600 in the same month in 2007. He also achieved all three of his GM norms in 2007 to obtain that title after having made IM in 2004. April continued to be a good month for Nepomniachtchi in 2008 when he reached the world’s top-100 ratings. He then turned 18 years old in July.

In 2010, Nepomniachtchi won his first Russian Championship, defeating Karjakin in a playoff by drawing an armageddon game as Black. It remained his only victory in the event until he won it again in December 2020. He lost a playoff in 2013 to GM Peter Svidler and only played once from 2015-19, finishing fourth in 2018. The Russian Championship wasn’t Nepomniachtchi’s only success of 2010. Earlier in the year, he won the European Individual Chess Championship as well. Thanks to his success throughout 2010, Nepomniachtchi joined the 2700 club in July, the same month he turned 20 years old. 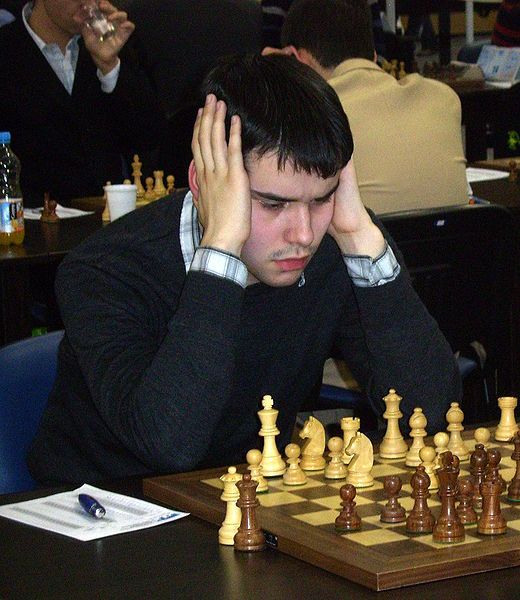 Nepomniachtchi represented Russia in the Chess Olympiad in 2010 and every occasion of the biennial event since 2014, advancing to a higher board in each event. Russia played two teams in 2010, and Nepomniachtchi led their “B” team to a sixth-place finish (the “A” team finished second). In 2014, 2016, and 2018 he played the fifth, fourth, and second boards on Russian squads that finished fourth, third, and third, respectively.

Other tournament successes for Nepomniachtchi have included the Aeroflot Open twice, in 2008 and 2015, and the Tal Memorial in 2016. But his biggest of all came in 2021.

Nepomniachtchi had opportunities to reach the Candidates before the 2020 cycle. The 25th seed in the 2011 Chess World Cup, he lost to GM Gata Kamsky in the third round. In 2013, he was seeded 24th but lost in a first-round upset to GM Wei Yi. In 2015, he reached the third round again where he was narrowly defeated by second-seed GM Hikaru Nakamura, 5-4. He lost in the third round again in 2017 (as the 15 seed to number-47 GM Baadur Jobava). In 2019, he finally made it to the fourth round but lost to number-12 GM Yu Yangyi. 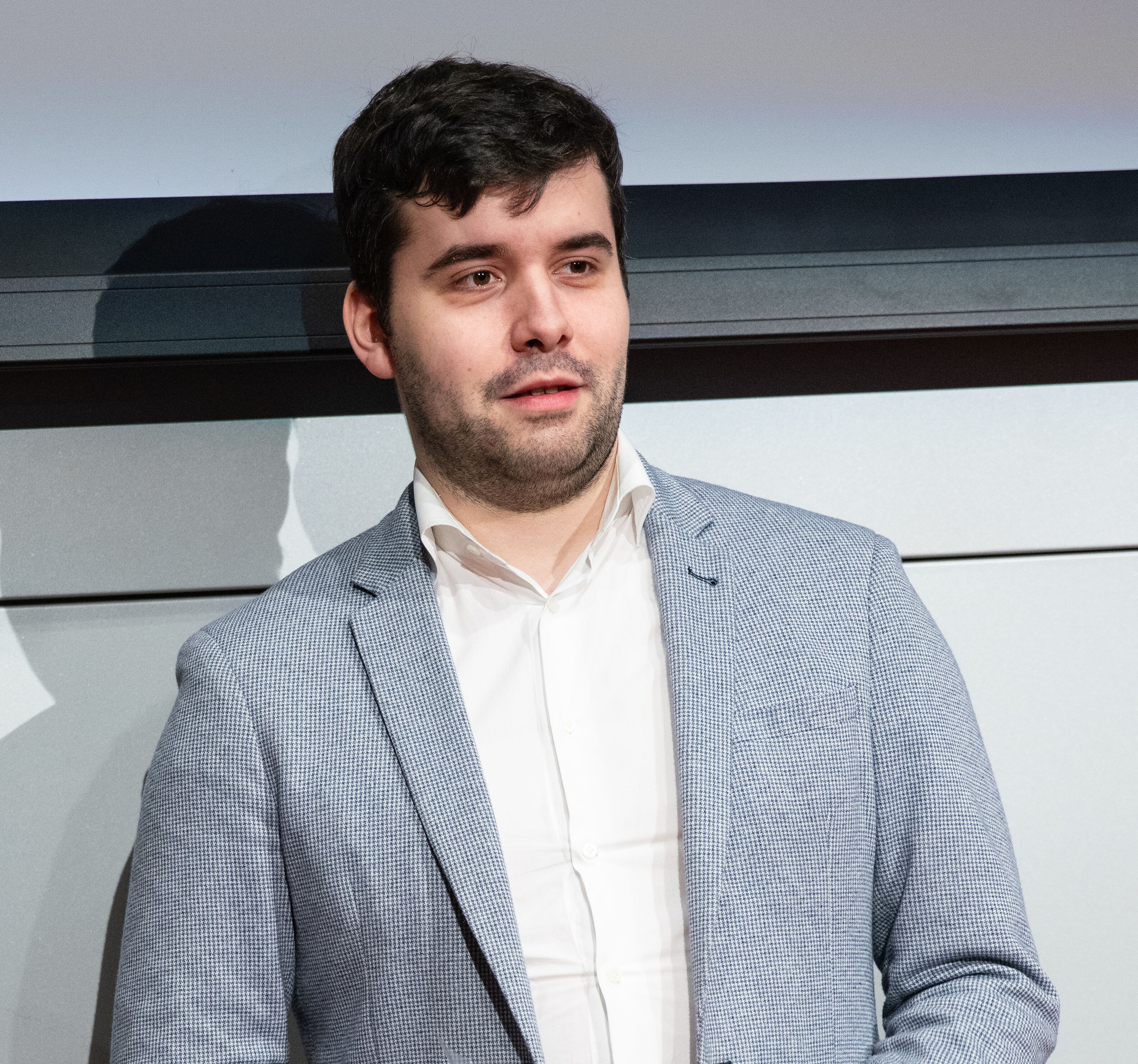 At the 2020-2021 Candidates Tournament, Nepomniachtchi led with three wins and three draws after six rounds, before losing to Vachier-Lagrave in the seventh and falling into a tie for first. At that point, the Candidates tournament was postponed due to Russia's travel restrictions and the COVID-19 pandemic. In the 2021 World Championship against Carlsen, Nepomniachtchi made five consecutive draws to begin the match before dropping a very closely contested sixth game, which was the longest in world championship history at 136 moves. The match got away from Nepomniachtchi at that point, ending 7.5-3.5 in Carlsen's favor.

Nepomniachtchi won the 2022 Candidates and qualified for the 2023 World Championship match. 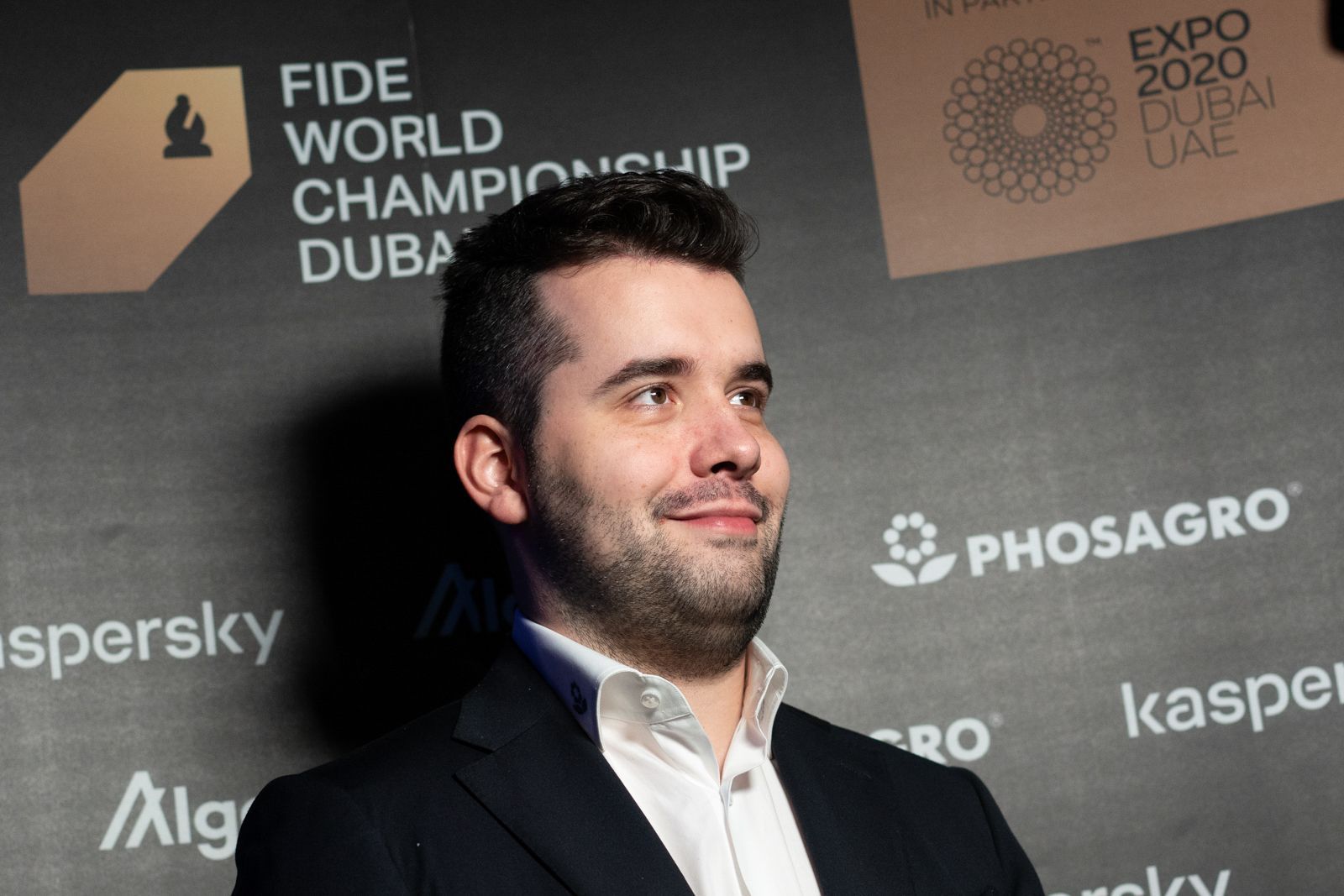