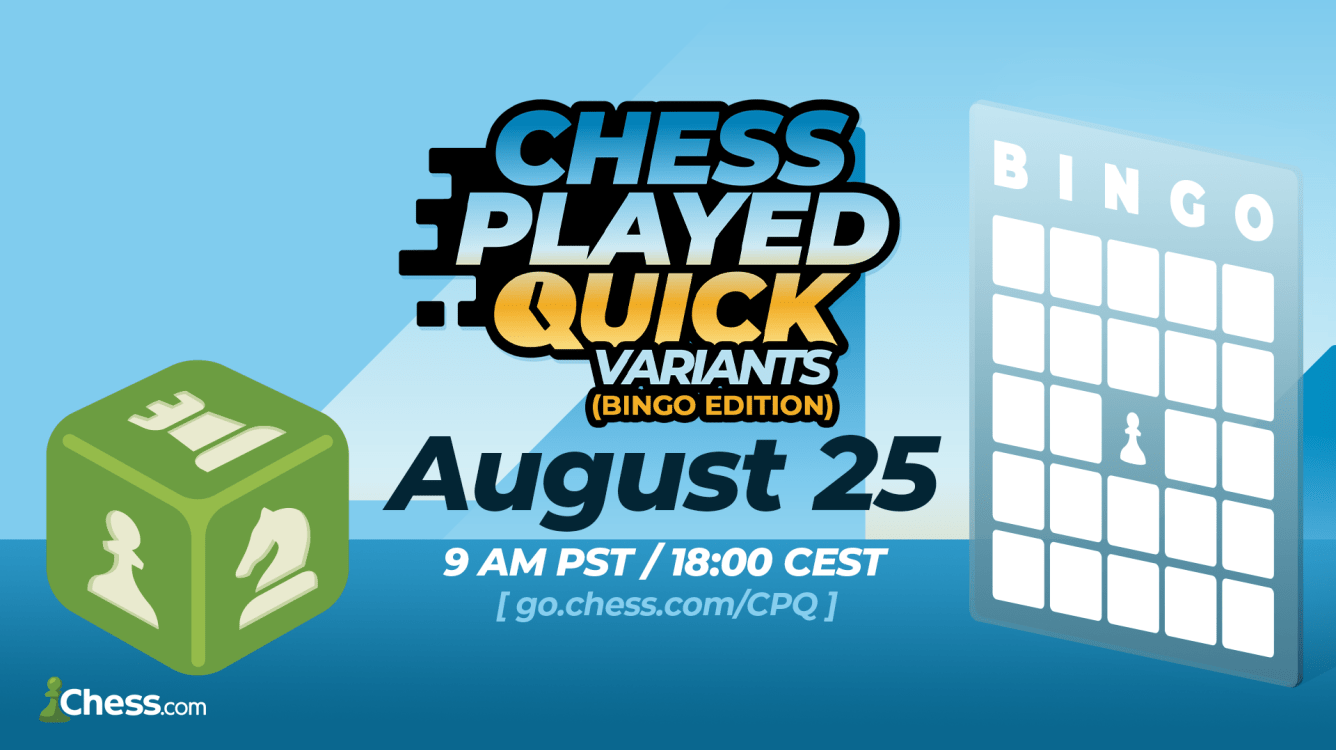 Chess Played Quick - Variants (Bingo Edition) starts on August 25 at 9 a.m. PT/18:00 CEST. Streamers will play multiple chess variants to complete bingos and collect as many bounties as possible. The event features 2,000 Twitch subs as the prize pool, with each bingo worth 20 subs.

Streamers will have two hours to play numerous chess variants and complete as many bingos as possible to claim their bounties. The variants for this event are 4 Player Chess, Doubles (Bughouse), Crazyhouse, Giveaway, Atomic, Horde, Chaturaji, Fog of War, and more. Note that for this event there won't be different rating categories.

We will publish the bingo card with a detailed explanation of each bounty when the event starts.

The total prize fund for this event is 2,000 Twitch subs, with 20 subs going for each valid bingo. Notice that only Twitch streamers can participate in the event.

Participants must submit their bounty completion proof forms within 48 hours after the event is over. Important: You need to fill out the form for each bingo you want to claim (do no attempt to claim them all at once).

The official proof submission form is below: